“Buildings on a grandiose scale from stonehenge to pyramids to skyscrapers, have been a reflection of our state of mind and aspirations. From religious fervour to materialistic pragmatism they also reflect our evolution (or devolution, which ever way you want to see it.) Standing in front of the twin towers in NY, I felt they were the cathedrals of the 20th. century. Once in Paris a marginal-looking grand old man, near the Centre Pompidou building in Beaubourg, whispered to me “Le Versaille du Peuple Roi” as I passed by.

In NY & LA I wanted to use the buildings in their purest and most abstract aspect.”

Through photography I did a series of works that I used for “The Memorial Show” in Karoona Gallery on Sept 13, ’01. 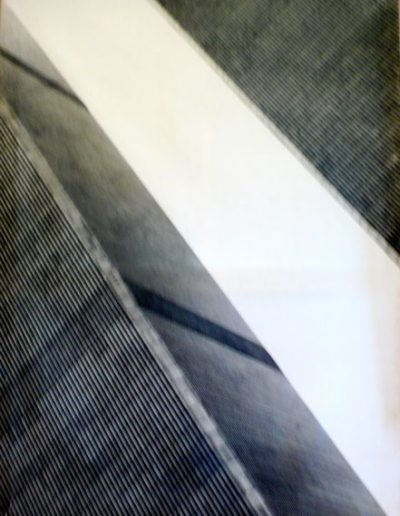 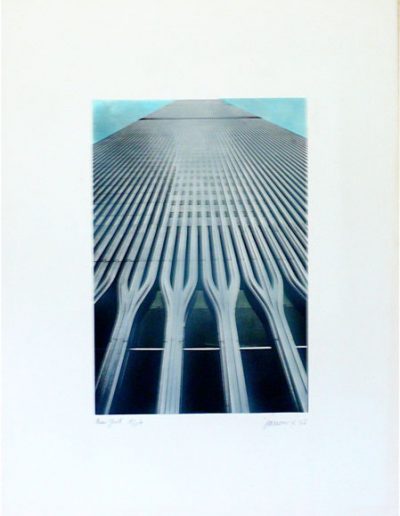 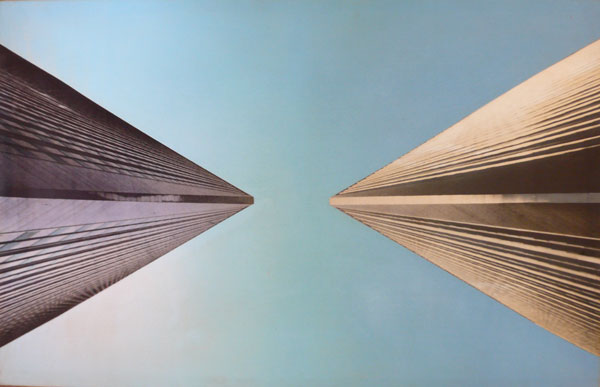 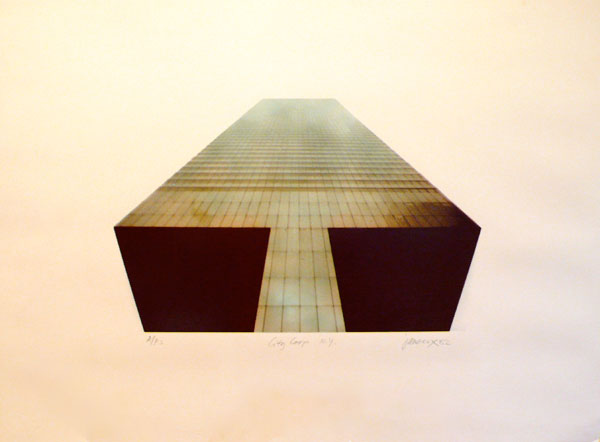 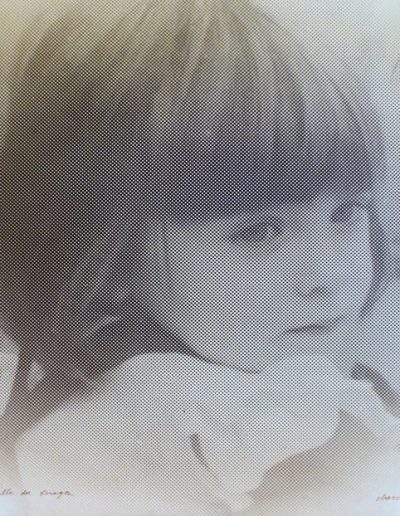 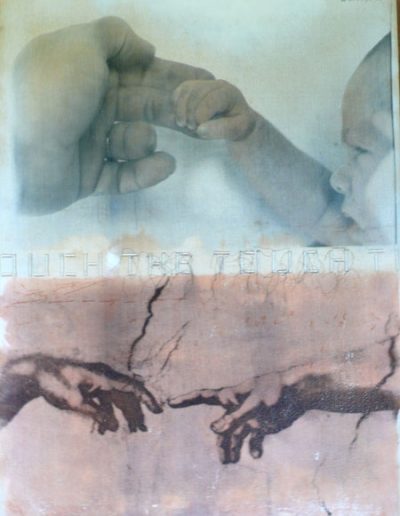