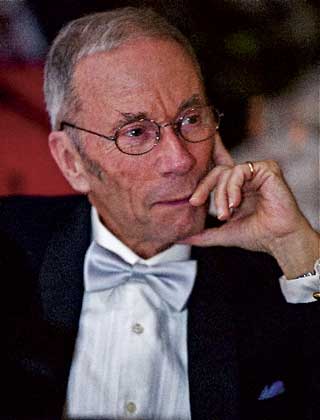 Jacques Charoux is a multi medium visual artist and educator. His work spans five decades and three different geographical locations: Mauritius, the United Kingdom and Australia. His thematic approach ranges from the autobiographical to the universal and the relationship between the two. He is a highly individual artist and traveler in the world community. His last series of work is based on the Coco-De-Mer from La Vallee de Mai, Praslin, Seychelles.

The prints are mainly etchings, photo-gravure, polymer etching, and digital prints in the 00’s sculpture series. Silk screen printed on perspex in the 70’s and cast eurothene in the 00’s. Photography has been used on synthesize canvas, photo-gravure or silkscreened in some art works.” 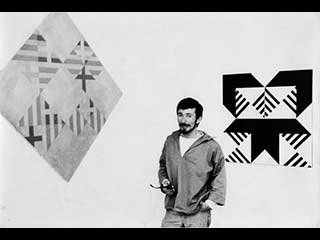 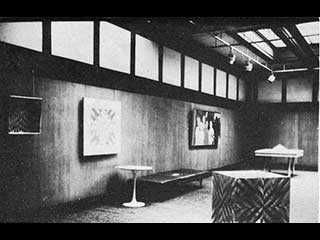 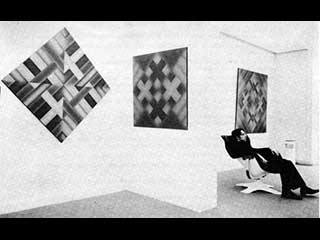 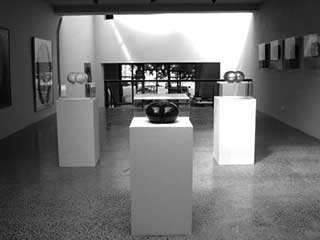 “This trilogy is based on “CAPTAIN COOK’S LANDING AT BOTANY BAY” by Phillip Fox. Charoux mathematically and emotionally deconstructs and reinterprets this painting, to invest the image with new layers of meaning. The series deals with identity and cultures through transition.”

~ SPRING IN THE AIR Exhibition Critique

“TWICE UPON A TIME” Is a personal visual biography of the artist covering half a century. Jacques Charoux takes us from his country of origin Mauritius to London in the 60’s & 70’s and on to Sydney in the 80’s. In many ways twice upon a time is not only a personal and social narrative but a visual documentation of the art and process of each decade.”

“Here in this current Exhibition, I am happy to note that Charoux appears to have seen fit to carefully and thoughtfully craft his titles in such a way that though still remaining somewhat necessarily cryptic, they do give a clear insight to his intensions – into the latent as opposed to the overt content of the work – his underlying subject matter.

Consider, for example, the Latin titles “Una es Omnia I & II” of the large encaustic works in this show, which may be translated as “Oneness / unity is all / everything”.

Consider also, the series of four smaller works with the rather cumbersome but instructive title, “Preliminary Research for Self-Generated Seed of Being”. From both of these examples, we could conclude that the intention is to manifest Unity, Completeness, Perfection. The reference to “Self-Generated” smacks strongly of Alfa & Omega.

Further, Charoux’s use of the Sanskrit word “Mani” (Jewel) in the titles of several other pieces here underscore these concepts and perhaps even expands them – The adamantine qualities invoked may suggest more strongly a resistance to the corruption of time, as de Beers are fond of reminding us – “Diamonds are Forever”! – Oneness must have its temporal as well as its spacial aspect to be (truly) whole – to be the singularity.”